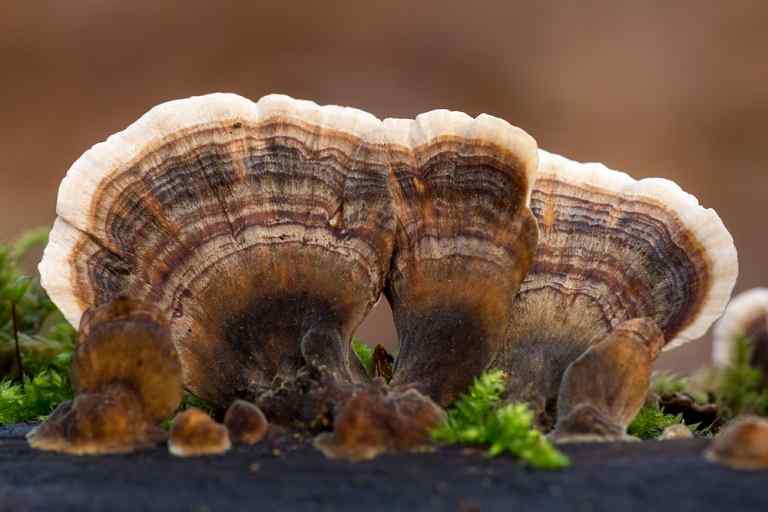 One of the most powerful health benefits of turkey tail seems to be its anti-cancer properties. According to WHO data from 2020, cancer is the second leading cause of death in the world (1)World Health Organization Cancer. In recent years, medicinal mushrooms have gained more interest in their potential anticancer properties, especially in their ability to enhance the effectiveness of conventional treatments or reduce side effects. In this regard, turkey tail is by far the most researched mushroom for its role as a helpful aid in the treatment of various types of cancer (2)Pubmed Central Trametes versicolor (Synn. Coriolus versicolor) Polysaccharides in Cancer Therapy: Targets and Efficacy. Polysaccharide Krestin (PSK) is a drug derived from turkey tail mushroom which has been used in Japan since 1970’s as an adjuvant treatment for cancer (3)NIH: National Cancer Institute Medicinal Mushrooms (PDQ®)–Patient Version. In China, polysaccharide peptide (PSP) is a similar compound derived from turkey tail which is also used for cancer treatment. Both compounds have demonstrated to inhibit the growth of cancer cells in laboratory studies.

PSK has been studied in clinical trials and shown to reduce recurrence and improve survival times in several forms of cancer including stomach, breast, colon, and lung cancer. These results are believed to be due to the ability of PSK to increase natural killer cells and other cancer-fighting cells in the immune system. These trials also showed minimal or no side effects from the addition of PSK as complementary treatment.

In addition to the anti-cancer effects of turkey tail, its ability to enhance the immune system also seems to have antiviral benefits. Multiple research studies have shown that turkey tail mushroom extracts can stimulate production of various white blood cells that help the body fight viral infections.

A common virus known as human papillomavirus (HPV) affects 1 in 4 people in the United States. Although HPV usually has few complications, there is a strong association with cervical cancer. Currently, there are no medical treatments to cure HPV. This study found that patients treated with turkey tail and reishi mushroom showed a significant reduction in virus load after two months of treatment (5)Pubmed Control of oral human papillomavirus (HPV) by medicinal mushrooms, Trametes versicolor and Ganoderma lucidum: a preliminary clinical trial.

Gastrointestinal health contributes significantly to overall health and well being. The microbial environment in the gut is known as the microbiome, which includes a blend of both good and bad species of bacteria. Many diseases such as ulcerative colitis and other autoimmune diseases may be caused or worsened when the microbiome becomes unbalanced. Prebiotics are substances which help feed the good bacteria in our gut and result in a healthier microbiome.

The beneficial effects of PSP on the microbiome of healthy patients was also demonstrated in this study. The researchers concluded that PSP acted as an effective prebiotic to promote a healthier gut microbiome. The study also found that amoxicillin adversely affected the microbiome, which lasted up to 42 days after treatment ended (8)Gut Microbes Effects of polysaccharopeptide from Trametes Versicolor and amoxicillin on the gut microbiome of healthy volunteers.

Another benefit from positively affecting the gut microbiome may be the ability to treat obesity. A study in mice found that treatment with turkey tail increased metabolism by increasing the presence of a bacteria known as Akkermansia muciniphila (9)Gut Microbes Effects of polysaccharopeptide from Trametes Versicolor and amoxicillin on the gut microbiome of healthy volunteers. This is of interest due to recent research suggesting a link between obesity and the gut microbiota, specifically related to Akkermansia bacteria (10)Nature Medicine Supplementation with Akkermansia muciniphila in overweight and obese human volunteers: a proof-of-concept exploratory study.

The turkey tail mushroom is a remarkable medicinal mushroom which has been used for centuries in Traditional Chinese medicine to promote health and longevity. It is one of the most researched medicinal mushrooms due primarily to the anti-cancer properties found in polysaccharide peptide (PSP) and polysaccharide krestin (PSK). These molecules not only provide potent immunodulating effects for the treatment of cancer, but also hold antiviral properties.

The powerful benefits of PSP may also be beneficial in the treatment of ulcerative colitis, autoimmune diseases, and obesity by positively altering the gut microbiome. Turkey tail mushroom has the potential to improve overall health and well-being by promoting a healthy gut microbiome. 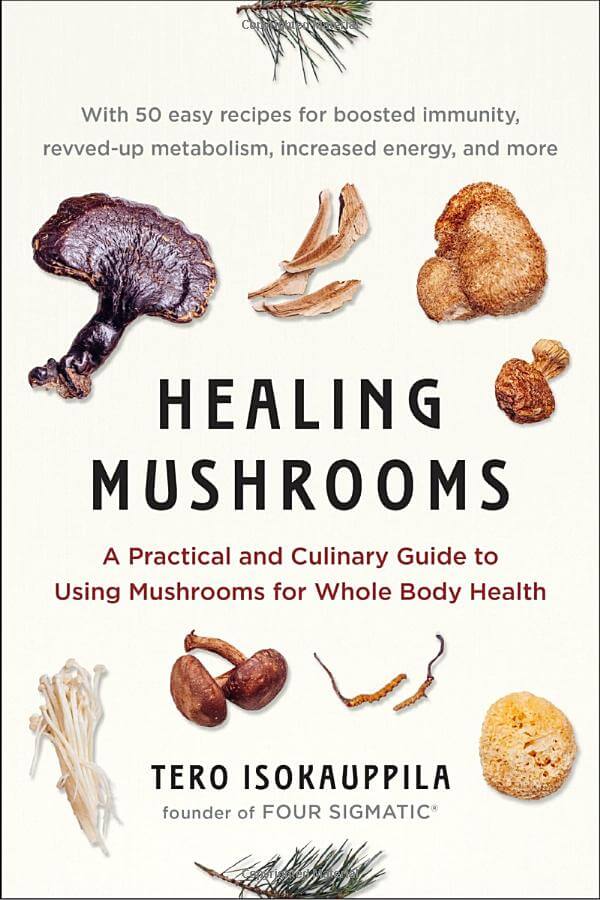 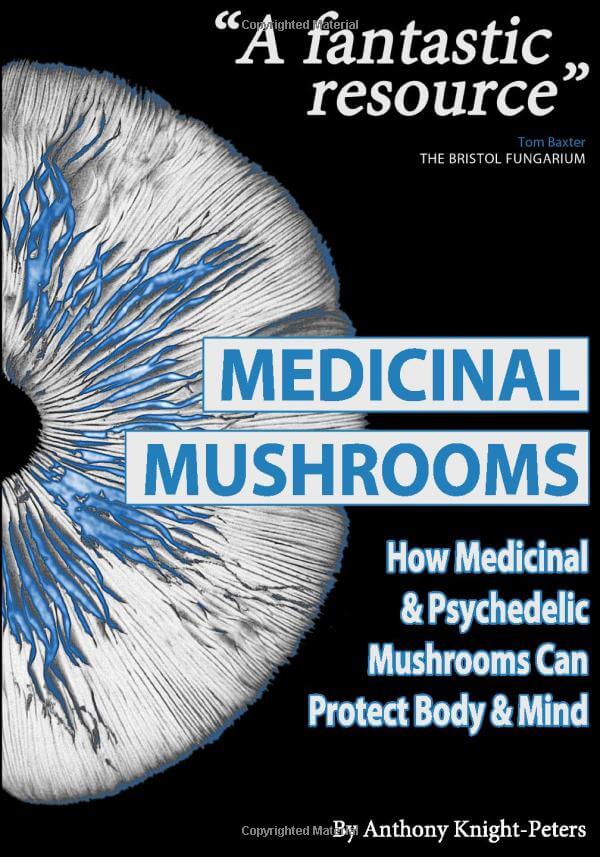